Less than 24 hours from his first competition, Julien Geoffrion goes through his poses:

Here's a shot of Julien from  his FB fanpage: 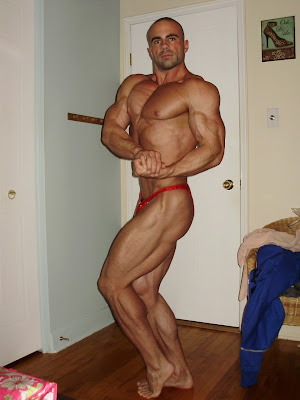 See JulienGeoffrionBodybuilder for his "1 day out" shots!

Julien says: I will be doing my first show November 11th! A novice only show. I've known for a long time that I wanted to compete but wanted to be fully committed AND ready before going at it. In the future, I want to keep competing and what I actually want is to try and go for a procard by 2016! After this contest, I will take a full 14 months offseason in order to pack on as much mass as possible to be competitive at the higher levels. I'd also obviously like to do some fitness/bodybuilding magazine shoots!

Support Julien's training by donating to his PayPal:
julien.geoffrion@hotmail.com